The Tibetan word Gyarong translates to “the queen’s hot valley”. Local legends link this queen with the native Bön goddess who is associated with Mount Muerdo, a spectacular mountain that dominates the valley at 4,820 high. The legends say that the goddess Muerdo is the mother of the 56 peaks in the region. Every year in early August, local Gyarong people and pilgrims encircle this sacred mountain.

This time of year is also the occasion for a big trade fair. Historically, the Gyarong region was divided into 18 separate kingdoms. Most of Gyarong lies between 1,800 meters and 2,500 meters above sea level and is much more temperate than the nearby Amdo and Kham regions. The rich soil and surprisingly warm climate allows for two harvests per year. Most people in the region are farmers who may also raise livestock such as pigs and cattle. Tibetans from Gyarong are mostly found in six counties. Five of the counties are located in Ngawa/Aba Tibetan and Qiang Autonomous Prefecture, while the sixth county is located in Garze Tibetan Autonomous Prefecture. A small Gyarong population also lives in Dartsendo (Kangding). The Gyarong region is relatively small and covers only about 26,000 square kilometers (10,000 square miles). Gyarong people speak a Qiangic language that is much different from Tibetan and can’t be understood by Tibetan speakers. Some aspects of their culture, particularly their clothing, also differ from other Tibetans. Due to these differences, there has been debate about whether they should be regarded as Tibetan. However, Gyarong people consider themselves to be Tibetan. Part of the reason could be the common religion they share. Around 90% of Gyarong people are followers of Tibetan Buddhism, while the remaining 10% follow the traditional Tibetan religion of Bön. There are dozens of Buddhist monasteries and Bön temples spread across the Gyarong region. Amazing Villages Around the Cultural Heart of Gyarong The rich valleys situated at the foot of Mount Muerdo are the center of the Eastern Kingdom of Women, a large and semi-legendary kingdom. Rivers cut deep valleys in the region and high, snow-capped peaks surround much of Gyarong. Rongtrak, known in Chinese as Danba, is in the arms of these rich valleys of southern Gyarong. This area is regarded as the cultural heart of the Gyarong region. Located in western Sichuan’s Garze Tibetan Autonomous Prefecture, it is about 140 kilometers north of Kangding and about 340 kilometers west of Chengdu. The most amazing part about Rongtrak is the villages around it. These farming villages have stunning architecture, friendly people, grand, thousand-year-old towers, and a well-preserved natural environment. The homes here are generally large (up to four stories) and are built using beautiful stone design. Local scholars believe that the watchtowers, both square-shaped and star-shaped, once numbered in the thousands throughout the valleys of Danba. These towers, some said to be over 1,000 years old, rise over 40 meters into the sky. Three villages worth visiting around Danba are Jiaju, Suopo and Zhonglu. The houses in each village exhibit a slightly different style. Suopo has many well-preserved, ancient towers and Jiaju was the first village in the region to embrace commercial tourism. Zhonglu is reputedly one of China’s most beautiful countrysides. Zhonglu Village Zhonglu sits nestled among mountains and rivers facing the holy Mount Muerdo..

The village maintains a traditional farming system, and ancient roads connect the parts of the village together. Walls of stone surround quiet courtyards, though the sounds of crowing roosters and barking dogs can be heard throughout the day. At night, a starry sky is complemented by the quiet and peace of the idyllic village. As the seasons change, the scenery in the village changes accordingly. In spring, flowers of apple and pear trees blossom. When the weather turns hot in summer, the village becomes an ideal resort to escape from the heat. In autumn, apples, pear and pomegranate fruits shine in the sunlight. When winter approaches the village, the whole mountain is capped with snow. Li Ran Long Monastery is located within the village. As with many of the monasteries in the southern Gyarong area, this monastery only houses a couple of monks. But the monastery, along with the nearby Sha La Ke Monastery, has high quality collection of murals that are in great need of restoration. Zhonglu is a place independent of the secular world. It is a place where you can embrace nature, practice Buddhism, and learn about yourself. Hiking, trekking, or joining a photography or nature education tour with us are all great ways to experience it! 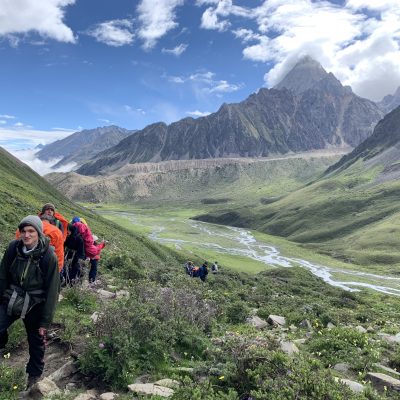 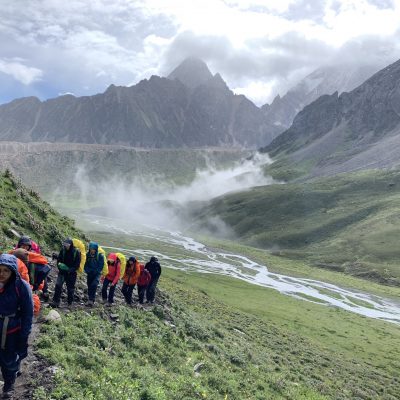 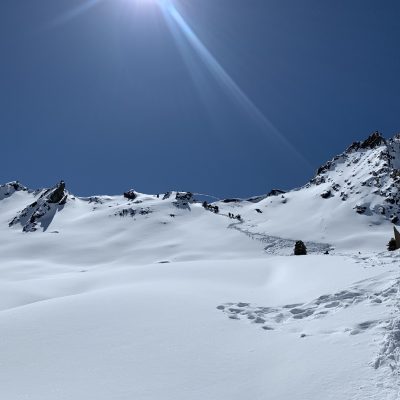 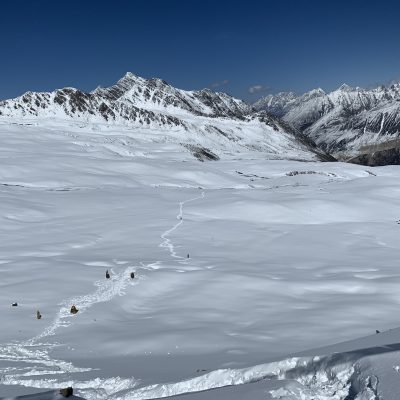